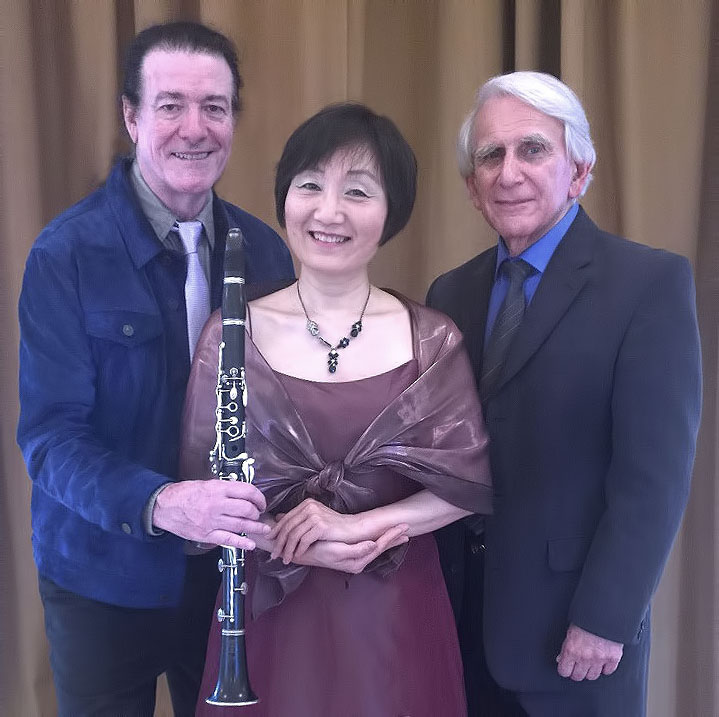 DerShin Hwang has won many prizes, awards and scholarships throughout her career. She has sung at the Royal Festival Hall and the Barbican under the conductors Sir Charles Groves, Vernon Handley and Neeme Jarvi. She has been an oratorio soloist with the English Baroque Orchestra, the London Mozart Players and the Tallis Chamber Orchestra. Among her operatic roles have been Isobel in Le Comte Ory, Lucretia in The Rape of Lucretia, Suzuki in Madam Butterfly, Prince Orlofsky in Die Fledermaus and Siebel in Faust. The Critic for Opera Now magazine proclaimed that “it was DerShin Hwang who stole the show as one of the very best Suzukis I have seen anywhere.” In 2013 at the Three Choirs Festival she gave the first performance in English of Hindemith’s monumental song cycle The Life of the Virgin Mary and presented it in several concerts in Taiwan in her own translation into Taiwanese.

Stephen Bennett has had an illustrious career as a soloist and in orchestras both in his native USA, the UK and Europe. He has been a member of the Oxford Pro Musica, The London Festival Ballet Orchestra, the Haydn Orchestra, the Orchestra Chambre de Paris and the Nordwestdeutsche Philharmonic among others. With the BBC he has had a number of solo broadcasts and gave the first performance of Arnold Cooke’s 2nd Clarinet Concerto with the BBC Philharmonic. His knowledge of the clarinet repertoire is very wide and he has presented many first performances of such composers as Mendelssohn, Reger and Cherubini. He has formed and directed over the years The Alban Trio, The Philomela Trio and The Heritage Ensemble. He has written a television script on the history of the clarinet which is under consideration by the BBC.

James D’Angelo has had a multi-faceted career as a composer, classical/jazz pianist, organist, music educator, workshop leader and writer. Formerly on the music faculty of the City University of New York and Goldsmiths College, London, he now has a freelance professional life. A published composer, his works include nearly 60 songs, much sacred choral music and various chamber works. His recording entitled The Holy City, a compilation of all his sacred choral music, has been released on Gothic Records, performed by the Washington (DC) National Cathedral Choir. His orchestral work The Angel of the Flowing Light will be premiered in 2016 by the Thornberry Orchestra and he is currently working on a music drama based on the life of Thomas Merton, spiritual writer and monk.