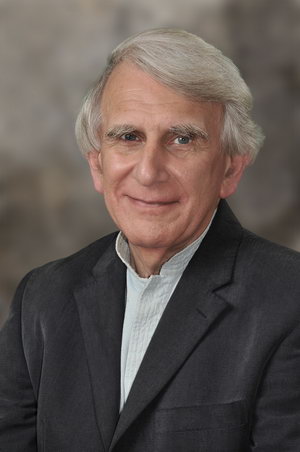 James D’Angelo has had a very varied  career as a composer, classical and jazz pianist, organist, music educator, workshop leader and writer. American born, he holds BMus and MMus degrees from the Manhattan School of Music (New York) and a PhD degree from New York University. His mentors for composition and piano included Vittorio Giannini, Nicholas Flagello, Lester Trimble, Gunther Schuller, William Russo, Jean Catoire and Jan Gorbaty. Following teaching posts at the New York College of Music and New York University, he joined the music faculties of the City University of New York and rose to the rank of associate professor. Following his emigration to England, he became part of the music faculty of  Goldsmiths College, London.

In London he took up the study of the music of India as a way of cleansing his own musical style and, for a time, wrote pieces that mirrored the Indian style such as The Three Portraits of Krishna. In the period of 1985-1994 he gave a number of performances of semi-improvised piano suites all programmatic  in nature which were the nucleus of his new emerging style. In this period he met the Parisian composer Jean Catoire (1923-2005) who had a particular influence on his writing of music, having nothing to do with Catoire’s own ascetic, minimalist style. Overall the composers who attracted and subliminally influenced him were Ravel, Debussy, Prokofieff, Hindemith, Holst and Copland and in his sacred choral music the chromatic Renaissance composers such as Gesualdo. Added to these influences were the many years of playing jazz piano and accompanying jazz vocalists.

A published composer (Recital Music UK and Colla Voce Music USA), D’Angelo has written nearly 60 songs,  among them fifteen that fall into the category of “third stream” music, a term coined by the composer Gunther Schuller to describe music that integrates elements of contemporary classical and modern jazz styles. He has produced a rich body of choral works, largely sacred, for mixed and all women choirs, various chamber and orchestral pieces, organ works and several  piano suites. His Three Portraits of Krishna for flute and piano were recorded for Virgin Classics alongside pieces by Copland, Barber, Bernstein and Rorem. His song Elegy on Walt Whitman and bass quartet Ode to St. Kilda were international prize-winning compositions. His Blow Out, Ye Bugles for SATB choir, organ and trumpet was chosen for the Washington (DC) commemoration of the 10th anniversary of the 9/11 disaster. An album of his sacred choral and organ music sung by Cathedra, part of the Washington National Cathedral Choir and entitled The Holy City, was released in November 2014 by Gothic Records (USA) as part of a New American Choral Music Series. His Festival Fanfare was commissioned for the famous 2013 Three Choirs Festival held at Gloucester Cathedral. In 2013 he was elected to the Severnside Composers Alliance, a collection of composers residing in Western England.

As a pianist he has presented both classical repertoire and improvisations on jazz themes, particularly at contemporary music festivals in London. In 2010 he formed Trio D’Angelo with soprano DerShin Hwang and clarinettist Stephen Bennett. For this trio he has done a number of arrangements of songs by Brahms, Bridge, Schumann, Ravel, Mahler and Respighi in which the clarinet has been added to the texture of the music. In 2013 he and soprano DerShin Hwang gave the first performance of Hindemith’s monumental song cycle Das Marienleben in his own English translation at the Three Choirs Festival UK.

His next recording project is a presentation of  his third stream songs with the well known American jazz vocalist Jay Clayton, arranged for string quartet, piano, bass and percussion. Currently he is preparing the ground to compose a music drama on the life of Thomas Merton in collaboration with the writer Jessica Anne Gordon.

For the past 20 years he has developed workshops to empower people to use their voices for therapeutic and holistic purposes. He has become well-known in the field of sound therapy and has produced two published books on the subject: The Healing Power of the Human Voice and Seed Sounds for Tuning the Chakras published by Inner Traditions International (USA). See the website www.soundspirit.co.uk.