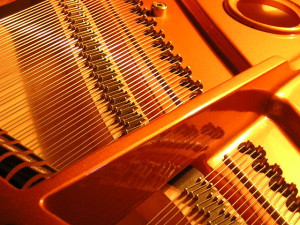 NOTE: All the piano works have been improvised in concert by the composer from premeditated thematic sketches or, in the case of the Raga Mala Suites, based on modal scales used in classical Indian music. The Way of the Spiritual Warrior for electronic piano was realized in a studio setting and not in concert. Therefore no official scores exist for them.